Naming your new pet is super exciting. It’s something that sticks with them forever! I think we all try to pick something unique when we pick out a name, but we also want something that matches their personalities. I was pretty bummed when I found out Thor was a pretty common one, but I don’t regret picking it. It suites him. Through my own research, here’s the more common names for beardies:

2. Spyro- This name comes from a video game series with a dragon named Spyro. I don’t know much about the game but the dragon sure is cute.

3. Draco- This name has a pretty cool story behind it. Draco is a constellation. It is said that he was the dragon Hercules defeated in order to get the Golden Apples of Hesperides. Others argue it was Minerva who killed him and threw him into the sky.

4. Spike- I think this one is pretty self explanatory. Bearded dragons are spikey little creatures. 6. Ember- I believe a lot of beardie moms and dads choose this name for their female beardies also because of the game, Spyro. There’s a female dragon in the video game series named Ember. Whether or not this is where they actually get the name, I don’t know. I’ve just noticed Ember is a common name for our lady lizards. 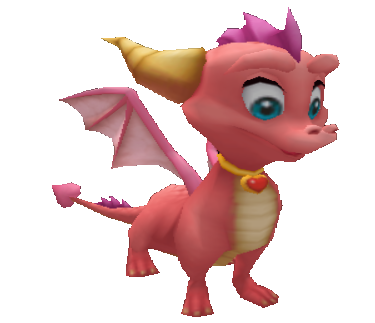 7. Thor- I have a Thor! I knew when I got my beardie I wanted to give him a Norse name so I thought naming him after a god would be so cool! I had a snake named Loki at the time so Thor just seemed like the perfect fit. I’m not sure why it’s common with other beardies though. I guess who wouldn’t want their baby named after a god? Here’s a picture of baby Thor:

8. Pancake- I think we all know why Pancake would make a great name! (random pancake dragon below) 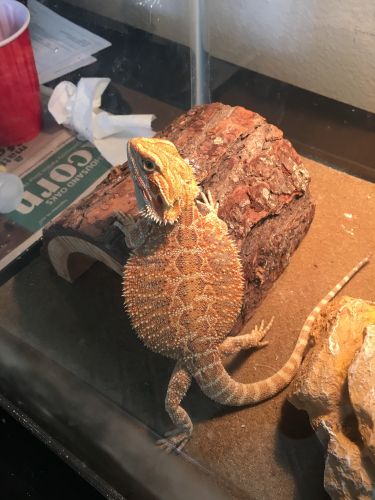 9. Falkor- Falkor is a luck dragon from the book/movie The Neverending Story. He is often mistaken for a strange looking dog, but he is in fact a dragon.

10. Godzilla- I’m sure most of us are familiar with Godzilla. I suppose he does look like an angry, giant, lizard/dinosaur so I can see why it is popular with our beardies.

Hey guys! My name is Taylor. I was born and raised in Anchorage, Alaska. My lizard buddy is named Thor. He's a really great little dude. We go on lots of adventures together! I would like to share more information on these great little companions. I would like this to be a place of learning for newer beardie moms and dads. I want this to be a one stop place to get all the information needed to raise a healthy beardie. I would also like to share mine and Thor's adventures with ya'll. Stay tuned :) View all posts by bikerbeardie